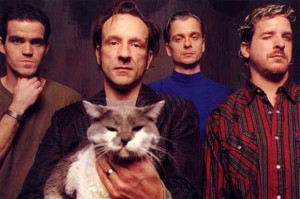 I’m willing to bet some people are already sick of this year’s Pitchfork Music Festival, and it hasn’t even happened yet.

Truth is, this is the most impressive festival lineup we’ve seen in some time, at least since the Touch and Go Records/Hideout Block Party union some years ago. Even if you don’t follow the Web site trendsetters as religiously as many of the festival’s ironic-shirted, tight-jeaned and troublingly youthful attendees, there are still some universal acts that speak to all, not to mention some of the most high-class live acts you could see today. Last year’s festival seemed ambitious at the time, with throwback sets from Mission of Burma, Sebadoh and Public Enemy, plus headliners Animal Collective (gross) and Spoon, but this weekend’s overwhelming collection should send most reeling. What makes it look even shinier is this year’s weak-on-paper Lollapalooza assemblage, with its old-bastard headliners (Jane’s Addiction? Beastie Boys? Who cares.) and early-day lineups filled with largely unknowns. The two Lollapalooza acts I’m most excited to see are Lou Reed and Snoop—hey, look at that, they’re playing at the same time on different ends of the park. Maybe Depeche Mode will save the day, but they ain’t no Daft Punk, and they certainly aren’t Radiohead.

For those still desperately clinging to their indie-rock days, back when things were clearer and music made more sense, Friday night’s “Write-the-Night” package stands out as a must-attend, with sets from Tortoise, Yo La Tengo, The Jesus Lizard and Built to Spill. The “Write-the-Night” feature allows ticket-holders to vote for what songs they want to hear, essentially crafting the bands’ set lists for them. Expect (duh) fan favorites, which, traditionally, should be older material. Tortoise begins the festival at 5pm with its landmark post-rock. The band’s new record, Thrill Jockey’s “Beacons of Ancestorship,” lives up to the catalogue that’s preceded it. Anything from “TNT” or “Millions Now Living Will Never Die” would be a treat; expect plenty from the latter, the ensemble’s most popular record. Yo La Tengo follows at 6:10pm; as the band with the largest amount of material, spanning more than two decades, fans have a lot to choose from. Personally, I’d like to hear cuts like “Sudden Organ” (possible), “Blue Line Swinger” (probable), “Sugarcube” (most likely), “Damage” (unlikely) and “Last Days of Disco” (really unlikely), but we’ll see what happens.

David Yow and his legendary The Jesus Lizard (pictured) reunite and play at 7:20pm, and I don’t think it’s too much to ask for them to play 1991’s amazing “Goat” in entirety, plus “Puss,” the song from the split-single they did in ’93 with Nirvana. Good? Thanks. Built to Spill headlines the evening, which promises to be the night’s most rewarding, as not only is Doug Marstch and crew a stellar live act, but I trust BTS fans more than any other to vote for the majority of “Perfect from Now On,” sprinkle in some cuts from “There’s Nothing Wrong with Love” and “Keep It Like a Secret,” make ’em do Halo Benders’ “Virginia Reel Around the Fountain” and call it a fantastic start to the weekend.

Saturday’s first must-see act is, well, first. Local gloom-rock band Disappears plays at 1pm; one of the more promising new Chicago bands, the group channels Joy Division without sounding derivative or overly mopey. The unbelievably-fucking-crazy-live Fucked Up plays at 2:30pm, giving the festival a jolt of maniacal post-hardcore. Lead singer Pink Eyes often ends the band’s sets covered in his own blood, his own vomit, or both. Pains of Being Pure at Heart plays at 3:20pm, and while that band name may be just a little too insufferable, trust me when I say the band’s self-titled debut full-length is topnotch throwback pop, like a newfound Eugenius record. The controversial Wavves plays at 5:30pm, and while I’m personally turned off by the rabid following and acclaim the grating noise band has accumulated in recent months, I have to say I am curious to see it in person. After sets by Doom, Lindstrom, Beirut, Matt and Kim and The Black Lips, The National headlines, which has rightly won the hearts of the music world over with fantastic records in “Alligator” and “Boxer.” I’ve seen the band live once—I was a little disappointed in the sound quality of the performance, so I’m hoping for improvement, as on record, The National wholly works.

Sunday is even better. Scotland’s indie-rock heartaches Frightened Rabbit plays at 1:45pm; Portland’s punk-rock smart-asses The Thermals hit the stage at 4:15pm; New York’s continuously improving The Walkmen play at 5:15pm; nostalgic, other-worldy Frenchman Anthony Gonzalez brings his M83 wonder to the stage at 6:15pm; Blazing girl-trio Vivian Girls punk up the crowd at 6:30pm; Grizzly Bear and Mew play (unfortunately) at 7:30pm on different stages; and the whole weekend’s capped off by another “Write-the-Night” participant, the insane Oklahomans The Flaming Lips.

Needless to say, I’m looking forward to it.