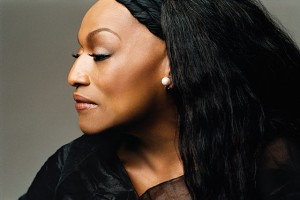 The idea of linking Lincoln and Beethoven is not a new one, and in fact, several major Lincoln bicentennial concert celebrations have already done exactly that. The Chicago Symphony Orchestra marked the occasion back in February with the Beethoven Fifth Symphony and James Earl Jones narrating Aaron Copland’s “Lincoln Portrait,” a hard act to follow, unless you count the CSO’s previous performance of the piece narrated by then-Illinois-junior-senator-and-future-president, Barack Obama. Ravinia’s narrator for its Lincoln-themed gala benefit evening performance of the piece is superstar soprano Jessye Norman, a bizarre choice given that when Norman opens her mouth, the public expects her to sing, not speak, and when she does speak, she does so in a very stylized, unctuous and faux European manner rather than the Southern drawl of her roots (she was born and raised in rural Georgia). Perhaps Norman will sing an encore or two? We can only hope, as she has not sung here in years. The real draw of the evening, however, which will open with Copland’s “Fanfare for the Common Man,” will be a James Conlon-led performance of the Beethoven Ninth Symphony with a vocal quartet consisting of soprano Erin Wall, mezzo-soprano Kelley O’Connor, tenor Anthony Dean Griffey and bass Morris Robinson and—here’s the really exciting part—instead of engaging a substandard volunteer chorus to sing the finale as is commonly done at Ravina, the festival is splurging and the Chicago Symphony Chorus will sing the work in all of its glory as only that group can. (Dennis Polkow)