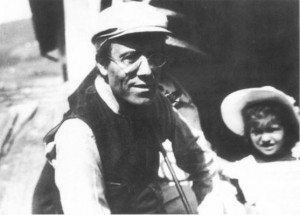 “In reality, you are about to hear the Ninth Symphony of Gustav Mahler,” proclaimed conductor James Conlon as he was about to lead the Chicago Symphony Orchestra in a performance of “Das Lied von der Erde” (“Song of the Earth”) last weekend at Ravinia, the penultimate concert of a multi-year Mahler cycle that began when Conlon became the North Shore festival’s music director back in 2005.  Mahler indeed composed “Das Lied” after his mammoth Eighth Symphony and subtitled it a symphony, but given that Beethoven, Schubert and Bruckner had all died after writing a Ninth Symphony, he superstitiously refused to place that ominous number on the work and felt that he had somehow cheated fate as a result. Ironically, Mahler would go on to write a Ninth, and even an un-orchestrated Tenth Symphony, which he would not live to complete.  While “Das Lied” is really more of an orchestral song cycle than a symphony, the symphony that Mahler completed after “Das Lied” and actually did affix the fateful number “Nine” to will complete the cycle. Like “Das Lied,” the Ninth reflects a resignation of the acceptance of death despite enjoying every last moment of life, an immensely personal statement as the composer had recently lost a daughter and had himself been recently diagnosed with a fatal heart condition.  Like the finale of “Das Lied,” the finale of the massive, conflicted and personal journey of the Ninth Symphony fades into existential nothingness and remains a pivotal symphonic statement, culminating as it does the Romantic era of the nineteenth century as well as serving as a precursor of the twentieth-century music that would follow.  No word yet as to whether or not any of the Mahler Tenth, a work Mahler completed but had not finished orchestrating when he died in 1911, will top off the series at some point, nor if the recession has wreaked havoc on Ravinia’s plans to replicate all of the Mahler Symphonies during the 2011 Mahler anniversary.  Meanwhile, Carlos Kalmar and the Grant Park Orchestra will have their turn at the Mahler Ninth in August in rare indoor performances at the Harris Theater. (Dennis Polkow)