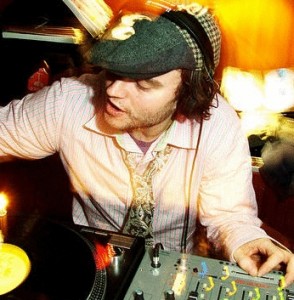 Justin Long’s .dotbleep night at Smart Bar, which typically features major house-music players, is going the way of techno for the Chicago veteran’s birthday party. Playing alongside Justin Long for an extended set is L.A.’s Acid Circus (aka Vangelis and Vidal Vargas) who makes up half of the Droid Behavior crew along with Drumcell. Between the crew’s well-respected Droid Recordings label, its renegade warehouse parties and packed club nights featuring techno’s heavy hitters, and its aggressive live performances, it comes as no surprise that Droid has almost singlehandedly put Los Angeles techno back on the map. Expect Acid Circus to drop a relentless mix of original tracks, remixes and samples in a hybrid Live P.A./DJ set that blends the best of techno, electro, acid and minimal. Anyone who has lost it on the dance floor to a set from Justin Long knows his skills and versatility are considerable, so expect a raw, bumpin’, techy house set that matches the intensity of Acid Circus’ performance. (Elly Rifkin)