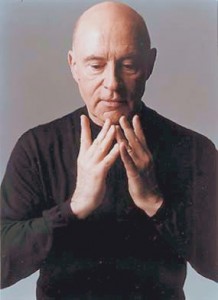 Universally recognized as the greatest song cycle ever composed, Schubert’s “Winterreise” (“Winter Jouney”) is a journey of the heart of one jilted by a beloved during the depths of winter, with the barren and cold season being used as a parallel physical universe to reflect the existential wasteland of the would-be lover’s angst.  This is the male voice song cycle that separates the men from the boys, a considerable irony given that baritone Matthias Goerne actually committed “Winterreise” to memory as a boy and sang it as a teenager and young singer.  All reports of his most recent performances of the celebrated cycle with Christoph Eschenbach as pianist go on and on about not just the vocal quality of the performances and infinite shadings and moods reflected, but the fact that at mid-career, Goerne is at last able to fully plummet the depths—in this work, considerable, since nature itself appears to cry out to the jilted lover to end his grief through suicide—of meaning, both explicit and implicit.  But of course, the quality of a “Winterreise” is not just a question of what the singer does, however profound, as the piano is an equal protagonist at every point of the proceedings, and there is no greater Schubert interpretor out there than Eschenbach, and the  Eschenbach-Goerne partenership is much more than the sum of its parts, but takes both artists to entirely new levels.  (Dennis Polkow)