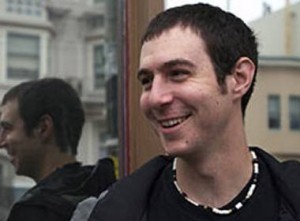 Do you trust DJs who don’t dance? Or what about DJs so deathly serious behind the decks that they don’t appear to be enjoying themselves? Well, with San Francisco’s Justin Martin, you definitely don’t have to worry about the latter. With a big smile and hard-partying reputation, Martin definitely makes a case for method DJing—by matching (surpassing?) whatever fun you might be having on the dance floor, and using that energy to create a long strange trip. It’s easy to imagine Martin as the fun-loving kid brother to even-keeled dirtybird honcho Claude VonStroke, but don’t take his attitude lightly. When Martin’s not co-running the label with VonStroke or rocking decks around the world, he’s putting out ridiculously tight tracks and remixes that infuse a twisted psychedelic edge to serious house rhythms, as evidenced by his treatment of Marshall Jefferson’s classic “Mushrooms” or Iz & Diz’s “Magnificent.” Last year also saw the release of the Martin Brothers’ (Justin and brother Christian Martin) second EP “Rocket Surgery,” which showcased brilliantly fun tech-house stormers, complete with kettledrums and elephants. He’s recently finished compiling a mix for Ministry of Sound’s new Underground 2009 series, selecting a few of his own tracks and others from such varied producers as Matthias Tanzmann, Tim Green and Fake Blood. So stop by Smart Bar tonight for bumpy doses of trippy house, with occasional cacophonous breakdowns sure to incite rowdiness. You know, unless you’re not into that sort of thing… fidgety local-done-good Santiago (sans Bushido) headlines, with Milwaukee house fave DJ Fortune also in tow. (Duke Shin)