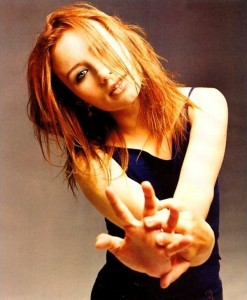 Though never sabotaging her respectability, somewhere along the line Tori Amos became totally unbearable. Too much fairy dust, one could imagine. A poster woman for feminism in nineties alt-rock, Amos has been churning out her pop music for nearly twenty years. She’s released five records in this decade (really?), including “American Girl Posse,” in which she takes on five different personae, and this year’s “Abnormally Attracted to Sin,” a seventeen-song exploration of men and women and religion, which is terrible. Going back and listening to Amos’ earlier output, it’s clear it doesn’t age well. “Little Earthquakes,” “Under the Pink” and “Boys for Pele”—her first three records, and her best—still have their own charms, but overall lack the debilitating left-hook they once had—like much of 1990’s pop culture, it’s just so dated. Amos went wrong, as a songwriter, with 1998’s “From the Choirgirl Hotel,” which saw her almost completely ditch the piano and take on all sorts of electronics and even dance beats. No one can blame her for wanting to branch out to try something new, but this is a mistake from which she’s never quite recovered. (“Sin” boasts sounds that immediately bring to mind the lesser material from “Choirgirl,” as if Amos has been making the same record over and over for ten years.) However, rabid fans still obsess. It would be cool to see her make a really sparse record with just piano and vocals, but don’t hold your breath. (Tom Lynch)