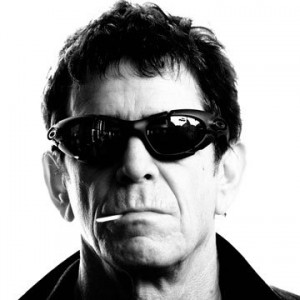 “Does this mean I can leave early?”

That’s the question I’ve heard most from friends and acquaintances attending Lollapalooza this year as they look over the three-day schedule. That’s because Chicago’s Lollapalooza, in its fifth incarnation since the Grant Park debut in the summer of 2005, hasn’t had a weaker lineup.

Anybody want to disagree? Looking back at previous years, it makes this weekend’s festival seem even thinner. In retrospect, a leaner, slicker 2005 festival was better than I remember. Just a sampling of the artists that performed: M83, Liz Phair, Primus, Weezer, Dinosaur Jr., …And You Will Know Us by the Trail of Dead, Billy Idol, Pixies, Arcade Fire, The Killers, Ben Kweller, Spoon, Death Cab for Cutie, Blonde Redhead, The Walkmen, Tegan and Sara, Mark Farina, Derrick Carter.

It’s not that this weekend’s bonanza of bands doesn’t include a few gems, or that it’s unlikely attendees will have a good time. If the weather cooperates, we’ll all get on just fine. But there are a few issues that have popped up, especially with this year’s festival. First, there are several repeat acts—artists that have performed in previous years. This has happened in the past, with multiple appearances by DCFC, Broken Social Scene, Wilco, Kanye and more. But this summer it feels more oppressive; The Killers, TV on the Radio, Los Campesinos!, Yeah Yeah Yeahs, of Montreal, Andrew Bird, Ben Harper, Silversun Pickups and Cold War Kids are among the artists returning for another round. I realize there are only so many musical draws out there, but c’mon. If I never read Ben Harper’s name on a schedule again it won’t be too soon.

Second, what’s with these headliners? Tool can be excused for the band’s innovation (I suppose) and its almost frightening, fanatic, cult-like fanbase. Yeah Yeah Yeahs hopped on board after Beastie Boys had to cancel, which is a serious disappointment, despite the YYY’s being as good as they are. But The Killers have become such an unbelievably boring band after two failed follow-ups to breakthrough “Hot Fuss”; anyone heading over to see the Las Vegas band’s set will be anxiously awaiting those older hits. Kings of Leon, tiptoeing toward becoming a stadium draw, grows increasingly overrated by the minute. I really couldn’t care less about Lollapalooza founder Perry Farrell’s remount of Jane’s Addiction—I didn’t like the band way back when and I’m sure I’ll like them less now. Depeche Mode could be a saving grace, maybe. It’s unlikely they’ll produce anything onstage as inspiring as The Very Best did just two weeks ago at Pitchfork. And don’t even get me started on the jerkoff drum-circle act Animal Collective.

I know, I know, quit pissing and moaning. It’s just a bit upsetting to me to see this festival, which has grown into an international pop-music institution, go downhill, even slightly. It wouldn’t be right to expect the festival to offer unforgettable experiences like witnessing Daft Punk every time out, but it wouldn’t be wrong to have hoped for a Bruce Springsteen, Prince, Blur or My Bloody Valentine, either.

To be fair, it’s not like it’s all bad, and I’m sure I’ll be surprised as I am every year. I’m excited to see Snoop Dogg and Lou Reed the most. (Too bad they’re at the same time on opposite ends of the park!) Neko Case, Bon Iver, Fleet Foxes, Band of Horses, Santigold and Deerhunter give some cred to the fest. And sure, I’ll admit I’m curious to see Tool.

Maybe next year it’ll be back in tiptop shape. Maybe by the time 2011 rolls around, the year its current contract expires, it’ll be the greatest live-music experience in the history of forever. It’s possible, as long as it bans all future Ben Harper appearances.

Here’s another thought…how many assholes will show up dressed like Michael Jackson?

You don’t like that people will be wanting to hear The Killers early stuff, AND to freshen things up you want Bruce Springsteen to perform? Makes sense. I want to see some great upcoming and current band, and then I want to hear something from Bruce Sprinsteen’s new album.