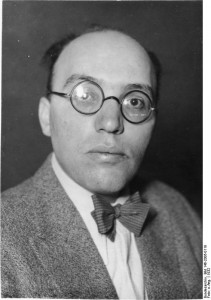 When James Conlon became music director of the Ravinia Festival in 2005, he began a multi-year “Breaking the Silence” series to showcase music of composers who had been officially censured—and in most cases, later killed—by the Third Reich. Happily, this year’s subject, Kurt Weill, was astute enough to leave the country for Paris immediately after Hitler came to power in 1933, making his way to the United States two years later where he refused to speak German, corrected journalists who labeled him a German composer—”I am an American now”—and created an entirely new career on Broadway with innovative shows that not only constantly broke new ground but were loved by critics, performers and the public alike; several even became hit films as well. Weill’s songs became an essential part of the Great American Songbook and many became enormous hits by singers of all genres. This concert looks at both Weill’s unparalleled German and American music legacies, including as it does a rare complete concert performance of his last collaboration with Bertolt Brecht, 1933’s “Die sieben Todsündern” (“The Seven Deadly Sins”) with Patti LuPone and Hudson Shad and the “Symphonic Nocturne” from his 1940 Broadway show “Lady in the Dark” which ironically, was put together by legendary Broadway orchestrator Robert Russell Bennett despite the fact that Weill was the only Broadway composer who insisted on doing his own orchestrations. James Conlon conducts the Chicago Symphony Orchestra and also participates in a 6pm Martin Theatre pre-concert discussion about Weill with Kim Kowalke, president of the Kurt Weill Foundation. (Dennis Polkow)