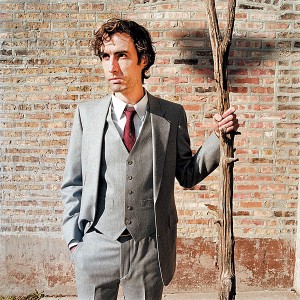 The consistent drizzle kept moods damp for the most part of opening day at Lollapalooza in Grant Park, not to mention the epic mud that slicked the terrain and caused a few spills. Admittedly, other responsibilities kept me from reaching Grant Park until after 4pm, so I missed the surprise appearance by country star LeAnn Rimes, as the first thing I heard while approaching the fest was the distant sound of Ben Folds banging on his piano (in a set that I heard from trusted sources was awful). The first act I took in was Crystal Castles—with groups of teens dancing and spinning in the baseball fields, covering themselves with mud, the set suffered from distractions. The bass-y electronics yielded some fantastic moves even out of me, but I was quickly annoyed when the high-end kicked in, and headed north to catch the end of Fleet Foxes.

The Seattle band’s acoustic chamber folk was so hypnotic the crowd seemed to swoon in unison, as Fleet Foxes’ extraordinary vocal harmonies were the best thing to be heard all day. Like any other band’s music, this would be best heard in a club with the sound bouncing off the walls, but I was surprised at just how strong the act was in front of thousands of people.

Andrew Bird took the stage with his usual beautiful blend of violin, guitar, voice, clapping and whistling (always with the whistling), all played back on top of each other with the use of loop pedals. He opened his set with “Fiery Crash,” from 2007’s amazing “Armchair Apocrypha” record, but followed mostly with material from this year’s “Noble Beast,” which I find incredibly boring. Bird’s insanely talented, so much so that you kind of hate him, and I’m anxious for him to get back in the studio to make another record.

Kings of Leon. Ugh. The alternative? Depeche Mode….ugh. About thirty seconds into the English synth-pop band’s set I was daydreaming about how amazing Daft Punk and Radiohead were in previous years. Thirty seconds later, I was thinking about leaving. Out of all the headliners, Depeche Mode was the one I was most anxious to see, which scares me. Utterly boring and pretty mopey for a band that bases so much of its work in jarring electronics, Depeche Mode didn’t seem to keep the crowd very interested, and I caught a good chunk fleeing to Leon at the other end of the park after just a handful of songs.