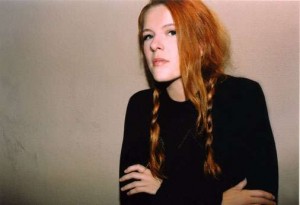 The last day of this year’s Lollapalooza turned out to be the best, despite the pummeling heat and the threat of severe thunderstorms. I was covered in sweat head-to-toe even before I got to Grant Park, from just the walk from the Blue Line Jackson stop. As I heard the distant sound of Ra Ra Riot playing its 12:30pm set, all I could think was I can’t believe I have to do another day of this. To my delight, it wouldn’t be long before I was impressed.I haven’t cared that much for The Airborne Toxic Event—an LA-based rock band that is equal parts emo and hipster chic—though I must admit its hit single “Sometime After Midnight” is quite irresistible. The band covered Q Lazzarus’ “Goodbye Horses,” which, from its opening note, sparked waves of recognition over the crowd as being the song Buffalo Bill dances nude to during “The Silence of the Lambs.” “That’s wicked disturbing!” one fan shouted. (The band’s performance of the iconic song was suitable.) Nothing great from Airborne Toxic Event, but the band’s huge sound showed promise that it’ll be playing larger venues in the future.

Dan Deacon suffered some onstage sound problems that negated much of the first quarter of his set, but he did his thing, got the crowd moving, shared some hippie love (“Everybody think about someone you love, and how that person changed your life”) and even inspired a dancing circle. This was entertaining, but Deacon’s actual music hasn’t become any more listenable.

Gang Gang Dance, playing at the same time on the smaller Citi stage, was LOUD, but the tribal-vibe and shoegazer guitars—plus soaring, atmospheric vocals—offered a few moments of raw power.

Neko Case charmed her way through her hour set, picking mostly tunes from her recent “Middle Cyclone.” Maybe I’ve just been ignorant to Case’s niche all these years, but it really struck me how short her songs are, and how inventive she is with structuring. (Not a lot of repeated choruses.) Hearing “This Tornado Loves You” was a treat, as Case delivered one of the finest sets of the weekend.

Passion Pit had a huge crowd back at the Citi stage, and got people dancing. That was all alright and good, but I liked them better when they were called The Postal Service. Zing! I’m awesome.

Whoever the scheduling clown was who put Lou Reed, Deerhunter and Snoop Dogg on at the same time at various stages throughout the park should be taken in the back and shot—I would’ve loved to see all three, but having just one choice, I went with Reed. When the hell was I going to have the opportunity to see Lou Reed again?

At 67, the iconic legend held his own, despite needing the assistance of a teleprompter. “Sweet Jane,” “I’m Waiting for a Man,” “Walk on the Wild Side”—all made appearances. He didn’t talk much—really, not at all—but he didn’t need to. It wasn’t a mind-blowing set, and admittedly was mostly incredible just for the novelty aspect of it, but it was still a highlight.

Band of Horses went on twenty minutes late because Lou Reed ran long; as soon as the indie-pop-country kicked in, my mind started to fade. I headed down to the south end to check out The Killers (I’ve never liked Jane’s Addiction anyway), but couldn’t hack it. I escaped for home to beat the crowd.

All in all, a fine weekend of music, if only slightly disappointing. With every festival there will be highlights—this year’s Lollapalooza just had less than previous years.