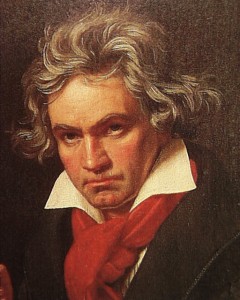 Last week’s Lollapalooza drove the Grant Park Orchestra indoors to the Harris Theater to traverse Gustav Mahler’s Ninth Symphony for the first time ever in the festival’s seventy-five season history; the results, particularly in the fragile finale, were glorious and well worth the wait.  To close the seventy-fifth season, Carlos Kalmar and the GPO take back the outdoors and are joined by Christopher Bell’s vastly under-appreciated Grant Park Chorus and soprano Amber Wagner, mezzo soprano Kathryn Leemhuis, tenor John McVeigh and bass Jason Grant in the monumental Beethoven Ninth Symphony.  Those quiet sections will give traffic a chance to compete but by the time of the glorious finale, street noise won’t have a prayer against all of those forces blaring away and singing out about the brotherhood of man.  As the season closes, don’t forget the Festival’s new coffee-table book “Sounds of Chicago’s Lakefront: A Celebration of the Grant Park Music Festival” ($39.95) that is not only a chance to relive the musical highlights of the summer festival’s three quarters of a century all year long, but is chocked with fascinating history and photographs concerning the development and evolution of Chicago’s lakefront for well over a century.  (Dennis Polkow)