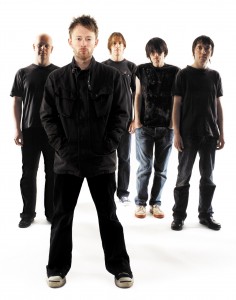 So, there’s this band called Radiohead. Have you heard about them? They made these really great records in the mid-nineties and then they made other great records in the 2000s, the last of which they made available through their Web site and allowed customers to pay whatever they wanted for it. (Did I just blow your mind? I knew I would.)

Anyway, this band called Radiohead might be releasing a new EP on Monday. Maybe.

First there was this song that may or may not be a new Radiohead song that leaked on the Internet this week. Apparently it contains some sort of code that mysteriously suggests that on Monday the band will release new material. I’m not sure how it works, it’s really complicated and I don’t really understand it because I’m not a big nerd I’m actually kind of stupid but rock music rules.

Anyway, its title is (maybe) “Wall of Ice,” which was (maybe) inspired by this comic.

Pretty much the whole music community on the Internet is going insane over this developing story, so if anyone talks to Thom Yorke get the scoop, okay?

You can read more in depth about it here. I wasn’t gonna try to explain the ASCII code thingy seeing as I don’t even know what that means. (Tom Lynch)