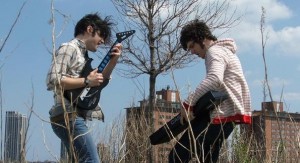 Producing the debut EP for MGMT certainly helps with street cred, but the Molinari brothers are much more than studio prowess. A hilarious and energetic blend of disco, electro and funk are at play in their efforts, and the fun is quite infectious. The Rebellion throws down on keyboards, programmed drums and, of course, a French horn, and this tour pairs them with Database, a similar, but more electronica-influenced duo from Brazil. Having remixed Fat Boy Slim and a slew of other high-profile dance acts, they have dominated festival appearances with their blend of electro, disco and house music. There’s little question you’ll end up on the dancefloor at this budget-friendly show. (John Alex Colon)