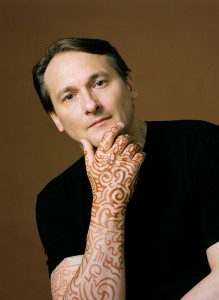 So rarely does a musician truly bridge a gap between two entirely disparate forms of music that it seems likely any success in that regard would be met with confusion and skepticism. Classical pianist Christopher O’Riley has been doing it for years; his arrangements of Radiohead songs—performed entirely on a piano—have filled not one, but two records thus far, and he has dabbled with other artists’ work as well.

Raised in Evanston, O’Riley got his start in jazz, and moved on to classical once studying at the New England Conservatory of Music. A virtuoso pianist, O’Riley also hosts NPR’s classical radio program “From the Top.” It was on this program that he started fooling around with his Radiohead covers, playing them as time-fillers during breaks as supplements to pieces by Rachmaninoff and Debussy.

Admittedly, when I received O’Riley’s first pop-music record, “True Love Waits: Christopher O’Riley Plays Radiohead” (Sony), back in 2003, I scoffed and mocked it with rock-fan vigor. “Cashing in,” I’m sure I thought. After a week of staring at it I gave it a spin, and was blown away by its power. Not quite as blown away as I was when I heard “Kid A” or “In Rainbows” for the first time; however, O’Riley, with his masterful piano playing, transformed his Radiohead selections into wonderfully moving pieces that brought out the beauty and the majestic skill in the band’s songs more than the actual band, in some ways, ever could. On a frigid and icy January night I scooted down to Hyde Park to see O’Riley perform his Radiohead covers at Mandel Hall; impressed as I was with his enormous breadth of knowledge of Radiohead’s lesser-known songs (some even unreleased), I was of course more hypnotized by his intimidating skill. That, and while he was introducing each piece, he just seemed like a nice guy.

O’Riley’s crossover appeal is obvious, but in many ways it’s the most important part of his catalogue. Sure, a master classical pianist playing pop songs is somewhat a novelty, and I’m sure it amuses the hell out of O’Riley himself, but the effect of bringing classical music to rock fans and rock music to classical appreciators should not go unnoticed. On the Mandel Hall evening, O’Riley inserted some Shostakovich into his set, amongst the exquisite Radiohead material, and the University of Chicago students in the audience were just as transfixed.

“I kind of came by it honestly,” O’Riley says of first getting into pop music. “I grew up in Chicago, and I was an early starter on piano, but then I was the only kid on the block doing the classical thing. I started getting into popular music, started my own rock band in sixth grade—but keyboards in pop music were embarrassing [then]. Even Emerson, Lake and Palmer and The Doors have their embarrassing moments.”

After “True Love Waits,” O’Riley released another Radiohead collection, “Hold Me to This,” which was only hindered by the fact that the band’s best songs were chosen for the first record, and then collections of Elliott Smith work and Nick Drake songs. (The Smith songs work better when performed instrumentally on piano, as his daring melodies and time-signature shifts make for an unpredictable experience, while the Drake record is often repetitive. You also miss Drake’s voice more.) A few weeks ago O’Riley released his newest, “Out of My Hands,” an assortment of songs from various pop artists, a mixtape of all piano.

“It’s always been about the song,” he says of why he chose to do an assembly of artists’ works instead of focusing on just one band or songwriter. He says that he’s been performing other artists’ work this whole time. “I felt like this was work that was sitting around for a while and was quite strong. I felt that since I was pursuing things based on the song itself, rather than a band, [it was] fertile ground for a versatile palette for a record.”

“Out of My Hands” has its heavenly moments. His two Radiohead inclusions, “All I Need” and “Videotape,” both from “In Rainbows,” work powerfully. Elliott Smith’s “New Disaster” is sprawling and lovely, and even his take on Pink Floyd’s “Us & Them” avoids seemingly inevitable lameness and takes the higher road. The best track, by far, is O’Riley’s traipse through Portishead’s “The Rip”—absolutely staggering, the work encompasses in its seven minutes everything that’s so spectacular about that song.

“It’s always been about what song I can’t get out of my head,” O’Riley says of choosing his material. “I have to listen to it 1,000 times, and the 700th time I find there is a way in with the piano… Sometimes there are songs that I really want to do, and when I do it at first, if it’s feeling forced, I just leave it alone and move on to something else. But most often if I do love a song intensely and have a concept in my mind as far as what’s going to happen, it’s usually something I have to do, and everything gets dropped.”

Christopher O’Riley’s “Out of My Hands” is available now from White Tie Records.