by tomnewcity
September 14, 2009Filed under: 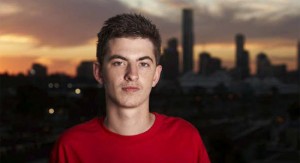 BBC’s Hobbs was just here. Later this month is Caspa. This week, all eyes and ears are on the prodigal son of Croydon, part of the dubstep invasion taking place on Chicago’s North Side. Skream, the acclaimed young superstar behind countless singles, a self-titled album and several viral DJ mixes, visits Chicago for a widely anticipated first time. Proficient on the decks and in the studio, he embraces a dark, techno-influenced style that shuffles bassbins ‘round the room and sends the jazz and minimal kids running for cover. See you there. (John Alex Colon)