by Tomnewcity
September 14, 2009Filed under: 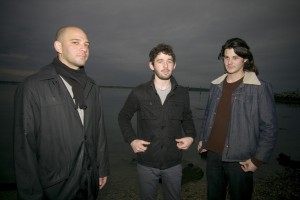 “Hospice,” this year’s full-length from Brooklyn trio The Antlers, remains one of the year’s best records, a moody, conceptual and dreamy rock record based in imagery of sickness, hospitals, failed relationships and death. Sound like a good time? It isn’t. But singer Peter Silberman’s somber, smooth vocals, matched with musical constructions that teeter-totter between the massively robust and the microscopically subtle, provide a heart-wrenching truth too often absent from recent indie records which are more interested in sounding new than sounding genuine. “Hospice” is the first record to feature prominent storytelling ambition since The Mountain Goat’s astounding 2005 record “The Sunset Tree,” and a comparison of the two albums wouldn’t be unnatural, as both tell tales of grief and desperation, melancholy and self-torture. Record’s like this aren’t for everyone—some prefer the material of artists like Wavves or Little Boots, both also playing in Chicago this week— but for those that do appreciate the careful construction of a record like “Hospice,” this is a gift. (Tom Lynch)