by tomnewcity
September 15, 2009Filed under: 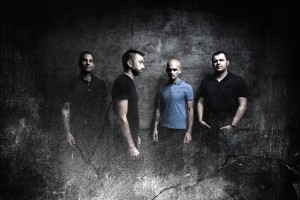 Chicago punk and hardcore act Rise Against—who churned out a powerful set at this summer’s Lollapalooza—celebrates its tenth anniversary as a band this year, and the group is set to play a show December 18 at Metro commemorating the landmark. “We decided to do a show that’s reminiscent of what it was like to be in Rise Against ten years ago,” Tim McIlrath, singer and guitarist, says. “At this time in our career we have five records, and they’re all competing for space in our sets. Our thought is to resurrect the older records and songs and take them back to the venue that started this for us.” McIlrath says the band’s anxious to perform the older, more obscure material. “Every once in a while people want to hear the older songs, so we thought, let’s do them all once and give people a chance to come out. It’s a different show than what we would normally do—some of these songs have only been played once or twice.” All proceeds from the show—tickets for which go on sale September 19—will go to the Intonation Music Workshop, the music-education program based in Chicago. “We wanted to make it a charity event,” McIlrath says, “and it was also important to make sure the money stays in Chicago.” Though the band is now considering doing a charity event of this kind once a year from now on, McIlrath says that playing this anniversary show in Chicago was a no-brainer. “It really was,” he says. “This is where it needs to happen. This is the city that birthed this band.”