by Tomnewcity
September 22, 2009Filed under: 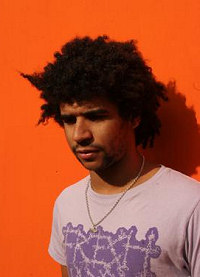 Rising UK talent Jamie Jones has definitely carved out a distinctive notch for himself, combining nasty acid-laced techno, syncopated disco funk and a restrained and steady hand in mixing and selecting tracks that never seem to rush headlong into a peaking dance floor. No, this Jones is a cool character, and his talent in controlling the perfect slow burn dance floor is evident in his productions and remixes, where he’s become a DJ’s favorite…after all, the best tracks do DJs job for them! Take, for example, last spring’s “Summertime,” which dominated playlists from both the Winter Music Conference in Miami and the Movement Festival in Detroit. Tonight, Jones makes another visit to Chicago—where he’s become a semi-regular visitor—this time packing his debut full-length album “Don’t You Remember the Future,” and Hot Natured-cohort Lee Foss. These longtime friends have seen their musical partnership yield fruit with the “h.e.a.d.s.” EP earlier this summer, and recently released MGMT edits on “Modern Amusement.” Locals will recall Foss’ soulful take on techno, house and disco which made him a regular at many spots around town, and seem a natural, complementary match for Jones’ dance-floor swings, from accesibly nice to danceably nasty. (Duke Shin)