by tomnewcity
October 6, 2009Filed under: 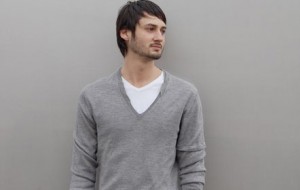 Parisian producer/DJ Paul Ritch has enjoyed a meteoric rise to popularity in his three years releasing music on labels like Get Physical, Wagon Repair and SCI+TEC. His production skills and DJ sets have allowed him to play the best parties at clubs around the world. Expect a forward-thinking mix of minimal and techno music that is driving and dance-floor friendly yet complex and nuanced. Joining Paul Ritch is Los Angeles DJ/producer, former rave promoter and house-music veteran Thee-O. Known for his mixing and scratching, Thee-O will combine big-room house tracks with underground sounds while he is on the decks. Collaborating with Spy Bar’s Dino G to produce the event is In Your System, brainchild of Chicago’s Frankie Vega. Vega will be DJing, as well as In Your System resident and Milwaukee ex-pat Johnny Armstrong. (Elly Rifkin)