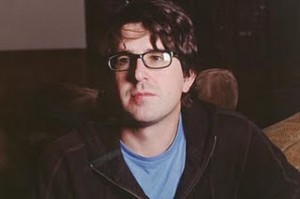 It may not actually be billed as “A Night with Lou Barlow,” but it might as well be: the musician double-dips as he takes the lead in opening-act Lou Barlow + The Missingmen and, of course, plays bass in influential three-piece Dinosaur Jr., tonight’s headliner. I’ve had a long, significant admiration of Barlow, through his days in Dinosaur to his Folk Implosion, his solo work to his records with my beloved Sebadoh. I still often listen to his solo record from a few years back, the mostly acoustic “EMOH,” which was largely ignored upon release. (His new record, under his own name, is called “Goodnight Unknown” and is out on Merge.) Barlow’s songwriting talent lies in his ability to balance sentimentality and outright anger—he can break your heart as he gut-shots you. Sebadoh’s “Bubble & Scrape” and “Bakesale” are indie-rock legend at this point—”Harmacy,” from 1996, started showing Barlow’s softer side. (Barlow’s also given interviews in the past, discussing his musical tastes, that have directed me to artists that I would’ve otherwise not have known and have since changed the course of my life.) Dinosaur Jr. on this bill is a bonus, albeit a substantial one. (Tom Lynch)