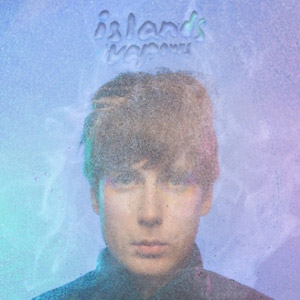 Damn, it was a real bummer when The Unicorns broke up in 2004, mostly cause nobody really entertained the thought that maybe these guys would go on to form other bands. But, like a phoenix rising out of the ashes of crayon-drawn album covers, two bands emerged from one: singer Adam Penner formed the quintet Clues in 2007, but that act has a long way to go to match the purely enjoyable work of Islands, formed in 2005 by guitarist Nicholas Thorburn, a.k.a. his stage persona “Nick ‘Neil’ Diamonds,” and drummer Jamie Thompson. At this point, Thorburn, who lately seems to be trying out to be in some Kevin Barnes pseudo-homosexual Canadian supergroup, seems to have been the brains (or at least the most prolific) of The Unicorns. With Islands’ newest record, “Vapours,” Thorburn and company have cooked up tight, melody-based synth-pop, with less of the reggae-esque rhythms of their earlier work and more entertaining studio goodies, even using Cher’s bread-and-butter Auto-Tune effect to surprisingly likeable results. If you’re into layers of vocals, sweeping artificial noises, easily hummable tunes and an album cover of a creepy dude staring at you from inside a sauna, then “Vapours” is a must. (Andy Seifert)