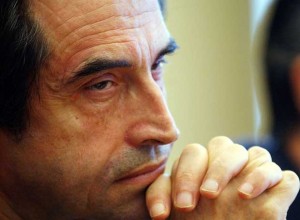 The history of the Chicago Symphony Orchestra is one that, like Swiss cheese, is full of holes. Founder Theodore Thomas usually gets his due, as does his longtime successor Frederick Stock. From there, however, the history gets hazy and even those with a passing knowledge of it often skip three music directors to Fritz Reiner, who made pioneering stereo recordings with the Orchestra that have yet to be surpassed, and then another skip of a music directorship altogether to Sir Georg Solti, who not only won more Grammy Awards than any other artist (thirty-two), but who was the first to take the CSO around the world and cement its reputation as “sine qua non” as Time magazine so famously labeled it in a cover story on the Solti-Chicago phenomenon. With nearly a year before Italian conductor Riccardo Muti officially becomes the CSO’s tenth music director in its nearly 120-year history, another clear gap is emerging in the CSO story: from Solti to Muti, skipping over the fourteen-year controversial tenure of Daniel Barenboim.

At the CSO’s annual meeting last week—to which so much media and special guests had been invited that the meeting was uncharacteristically held in the hall itself—a dapper Muti appeared to a loud ovation with Lady Valerie Solti, widow of Sir Georg, on his arm. “Solti made this orchestra, a great orchestra, even greater than it was before.” said Muti. “We are all beneficiaries of what he did,” Muti continued, as if Barenboim, who had hired a third of the orchestra that Muti will inherit, had never existed. Meeting with the press, including some that had covered her husband during his 1969-1991 tenure as CSO music director, Lady Solti virtually offered as close to an anointing of Muti by the late Sir Georg as is possible: “I am so delighted that Maestro Muti is coming here,” she said. “He is a wonderful musician and I know my husband would be pleased at what fine hands his orchestra is now in,” she offered. “Both of them are of the old school. My husband was an assistant to Toscanini as was Maestro Muti’s teacher, and both began by coaching singers, the best possible preparation for conducting.” Again, this was hardly the trajectory that Barenboim, a child piano prodigy who began adding conducting to his resume, had taken.

Since Muti had only conducted the CSO once during the entire Solti era, I wondered aloud how close the two had actually been. “Obviously, I was an admirer of his long before we ever met,” Muti responded, “and we did meet several times, and I was once a guest at his [summer] home in Tuscany,” he said, looking to Lady Solti, who nodded affirmingly. “He was a brilliant person, full of humor. We had many similar ideas about music. And of course, I was a huge admirer of his music making: everybody knows Solti Wagner is wonderful,” said the longtime former La Scala music director, “but I also particularly admired his Verdi, which is the highest compliment I could give him, since this is ‘our territory.’”

Lady Solti and Muti also announced the Solti Conducting Competition, which will allow winners to study conducting with Muti in Chicago and will emphasize the musicianship and skills that both feel are becoming an endangered species today.  “There was a time when conductors studied music,” Muti mused during a “Town Hall Meeting” after a free Saturday afternoon concert with the CSO, “composition, counterpoint, orchestration, how to sight-read a full score at the piano, but today, they only study conducting.”  At the annual meeting, Muti had been more explicit: “I could show anyone in this room how to wave a stick during a piece of music in five minutes,” proceeding to demonstrate the primary set of hand motions for pieces in three and four to uproarious laughter. “Seriously,” Muti continued, “I could show anyone here how to conduct an entire Schubert ‘Unfinished’ Symphony in eighteen minutes, twenty-five if you are not feeling well.  To conduct is not a problem; to be able to make music, now this is a problem.”