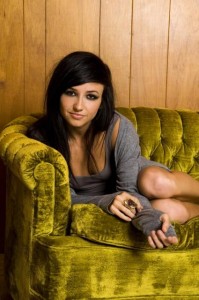 Two very different female artists come to Subterranean this week, one a young popster who plays a keytar, the other a soulful, folky crooner who’s drawn comparisons to Roy Orbison.

The Canadian LIGHTS, born Valerie Poxleitner, a 22-year-old Juno Award-winner, plays a remarkably catchy brand of new wave synth-pop that’s as mainstream as Kylie Minogue or Kelly Clarkson, and yet, the songwriter embarked on the Warped Tour this summer and has just enough quirks to appeal to an underground audience as well. Her name has been legally changed to LIGHTS, after all.

Her debut full-length, titled “The Listening,” features enough hooks to kill a small animal, and while it’s certainly overproduced, the heavy electronics recall the bouncier moments of M83 records. LIGHTS has mentioned influences ranging from Bjork to Phil Collins, and it comes through—she’s a songstress, but also an entertainer, and can’t afford to bore. The high energy is cosmic and otherworldly at times, to a degree that’s nearly confounding. It doesn’t help that LIGHTS looks like one of those beauty queen reality-show teens that cameras follow around twenty four hours a day.

“I love playing there, oh my goodness, it kind of reminds me of Toronto,” she says of Chicago. She talks nine-million-miles-an-hour. “It’s a big city but feels like a small town. I remember going to a cool comic-book store when I was there. It was fantastic.”

The young artist is truly the brains behind her material—no team of ghostwriters here—which is impressive considering the often odd constructions of some of her songs. “It was an organic, really natural situation,” LIGHTS says of putting the album together. “I didn’t have an end in sight when I was creating it, I was just gonna write music, and [I felt] I had what I needed [to do so].”

The keytar is certainly a visual distraction. You can’t not ask about it. “You know, the keytar is a real fine line,” she says. “It’s a novelty, it’s gimmicky. But if it’s done right and played with grace, it will shine for its practical qualities. I’m able, as a keyboard player, to be more portable. That’s the sole reason I play it. But I’m careful to minimalize the spotlight on the keytar.” 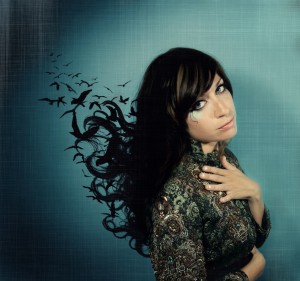 Nicole Atkins’ 2007 record, “Neptune City,” is as much a tribute to New Jersey roots as any early Bruce Springsteen, less epic maybe, but just as insightful. Atkins finds an unsettling balance between lovely melody and haunting, mysterious darkness—her “The Way It Is” is as creepy as it is pretty, big and bold but boasting verses that hide in the shadows. Atkins’ music, helped by her band The Black Sea, is theatrical, circus-like. It’s nighttime sound, and her voice will keep you up at late hours.

“It’s more informed by the landscape,” Atkins says of how her New Jersey home affects her songwriting. “I grew up in an eerie, desolate river town, with the sounds of buoys and birds and wind chimes, with the wind whistling through windows. In wintertime everybody leaves, and I romanticize that, the isolation of the town in wintertime, to make me actually enjoy being in it.”

Atkins receives comparisons of wild variation, and I wonder how she reacts to such disparate perceived similarities. “At least some of them,” she says, “I’m like ‘Holy crap, sure, awesome.’ I don’t mind it when it’s Roy Orbison or Loretta Lynn. Some of the more contemporary stuff, like Jenny Lewis…I sound nothing like her. We both have bands, that’s about it. There are elements of her voice that I wish I had—a clear, high register—but I don’t have any high register. But yeah, maybe I sound like Jenny Lewis if you threw her into a swamp.”

Atkins has made appearances on Letterman, Jool’s Holland and commercials for Old Navy and American Express. She’s comfortable with the exposure. “It’s pretty surreal, but also a dream come true,” she says. “I hope I can keep it up. Any reason to get dressed up and have someone do your hair—hell yes. When I was young, I was a very dramatic kid. I would answer the door covered in a blanket for the mailman and pretend to be Marilyn Monroe. I would interview myself in the mirror when I was 9. I always liked entertaining people.”