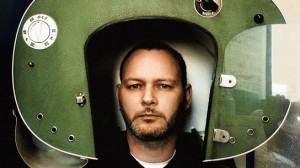 With a moniker like Shit Robot, perhaps DFA’s Marcus Lambkin doesn’t take himself too seriously. That would at least explain why dance-floor denizens hungry for his distinctively wonky tracks have had so little to chew on since getting a whiff of the danceable chaos of “Wrong Galaxy” or his remix of Dondolo’s “Dragon” in 2006. Shit Robot would release the “Chaos” single in 2007, which seemed to lean more towards the manic mutant disco of Emperor Machine, before releasing “Simple Things (Work it Out)” earlier this year—a subversively restrained number with humorous vocals, strains of classic NYC piano house and, of course, DFA-approved handclaps. Tonight, Shit Robot will be DJing, and while we haven’t had a chance to catch his sets before, we’re pretty sure you can expect to hear selections from the likes of Crazy Penis, Chicken Lips and Bangkok Impact—in other words, smoothed-out beats with just the right amount of wrong to keep it lively. Go Bang! resident Jordan Z opens, and Philly’s Tigersapien also performs live. (Duke Shin)