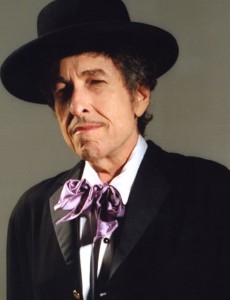 I heard somewhere once that on tour, Bob Dylan will just begin a song himself on stage and it’s his backing band’s job to recognize what song it is and join in immediately. There are no set lists. It feels like this cannot be right considering how difficult it would be for the other musicians, but with Dylan’s entire career full of surprises, there’s a chance it could be true indeed. Dylan’s most recent dabble in fan-confusion comes as a Christmas record—that’s right—called “Christmas in the Heart,” which features the music icon crooning standards like “Winter Wonderland,” “Here Comes Santa Claus,” “Little Drummer Boy” and “Have Yourself a Merry Little Christmas.” The results, horrifying, might change your opinion of late Dylan. (Though, to be fair, I’ve only heard him croak through a handful of tracks, and the proceeds from this benefit multiple different charities.) Obviously, however, no one is going to these three smaller-venue shows to see Dylan sing Christmas carols. If not for novelty alone, anything he pulls off of classic records like “Blood on the Tracks” and literally anything he released in the 1960s make it worth the trip alone. And if the band screws something up and they all have to start over, don’t say I didn’t warn you. (Tom Lynch)