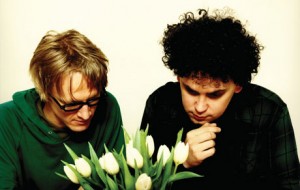 The tongue-in-cheek DJ project formed by James Ford and Jas Shaw has become, quite simply, a monster, taking Simian Mobile Disco from Manchester back rooms to Lollapalooza’s stage, and leaving a pop-meets-funky-breaks discography in their wake. Several singles and a Fabric mix later, the duo returns to Chicago in support of their newest offering, “Temporary Pleasures,” an infectious blend of hip-house, disco and glitch-fueled breakbeats. A live performance in Metro should appease those miffed at a mere DJ set in Grant Park, but this visit brings SMD fans the best of both worlds with a DJ set in Smart Bar following the show. (John Alex Colon)