by Andy Seifert
November 3, 2009Filed under: 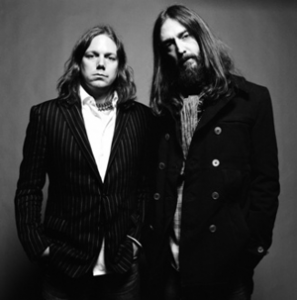 There are plenty of elements of the stereotypical rock ‘n’ roll ethos that are easy to be completely enamored with: indifference or disdain towards social norms, painful/sweaty stage moves, the abundance of poorly groomed facial hair. But it’s the three elements that I have a negative reaction to—mainly the love affair with marijuana, the extended blues-rock jamming and the windbag for a lead singer—that manifest themselves front and center in The Black Crowes. Something about Chris Robinson strutting around the stage, boasting the most unremarkable voice in music, really pisses me off, as does the process of enduring the band chugging through some generic Stones retread while parading the same-old bluesy riffs as if its fans are really going to have their minds blown hearing them for 900th time. Technical proficiency isn’t The Crowes problem—it’s that, for a supposed soul-rock band, the band is soulless and vapid, fronted by someone who’s still pushing the antiquated stoner-rock persona and who looks more and more like Jason Lee from “Almost Famous” every day. Pass. (Andy Seifert)