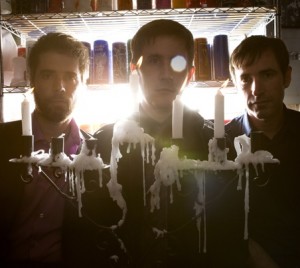 Every Mountain Goats fan has his or her personal favorite record, song, live performance. John Darnielle inspires an intense fandom—his audience often feels his songs are as much theirs as they are his. On top of that, whenever it feels like  Darnielle has grown a little stale—MG’s last two albums, “Get Lonely” and “Heretic Pride,” were only so-so—he pulls a fast one on us. “The Life of the World to Come,” released last month, is a heartbreaking and masterful work, and features Darnielle writing songs based on verses of the Bible. The successful songwriter manages to make the record religious in theme but not really in nature, personalizing—there’s that “personal” term again—the widely universal. On top of that, Darnielle also at times shifts from his trademark acoustic guitar and takes up the piano, which adds (or subtracts) and creates a sad sparseness on “The Life of the World…” that’s been absent from MG material since the cassette days. Truly wonderful stuff by an infinitely gifted songwriter. (Tom Lynch)