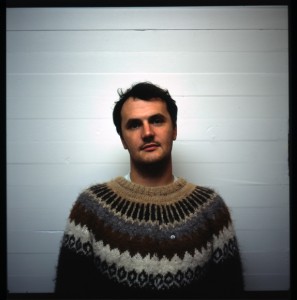 In the world of lo-fi experimental free-form, the name Phil Elverum rolls into conversation quite quickly. For over ten years, Elverum has immersed himself in the arena of folk-influenced noise. He started his journey recording simple archaic songs in the back of the record store he worked at in his home town of Anacortes, Washington, in which Mount Eerie got its name. The wonderfully produced tracks, for which he used outdated equipment, combined with Elverum’s ambitious lack of experience, gave the cassettes a singular aesthetic.

Since then, Elverum caught the attention of K Records owner Calvin Johnson and has put out records under the monikers of The Microphones and Mount Eerie, bringing something different with every release. The 2001 release of “The Glow Part 2” brought him underground success with its genuine themes of lost love and childhood memories pooled with layers of airy instruments and boyishly charming vocals.

After releasing the first Mount Eerie record in 2003, Elverum decided it was time to finish off The Microphones, stating “I am ready for new things. I am new.”

I got a chance to interview Elverum about the release of his latest album, “Winds Poem,” and his creative philosophy.

“Winds Poem” begins with a big bang of an intense wall of sound. It is very aggressive and in your face. It’s quite different than with the approach of your previous albums, where the beginning starts with an organic hush which slowly builds up, and doesn’t begin its sonic assault until the third track. Was it intentional to start the album with this kind of aggressive force right away? Is there a particular reaction you wanted from the listener?

Of course it was intentional! No reason other than I wanted it to start like that. I wanted it to sound huge. Going from silence to 100 percent immediately can sometimes do this.

What are your working methods in achieving these intense blankets of sound?

I record many many layers and keep adding the parts that seem lacking. The drums are not me playing a drum set. I played each drum individually on its own track, so I could do rolls on every drum at the same time. Everything is at least doubled, if not quadrupled.


In your past work the image of the moon seemed to hold a significant importance in your life? What does the moon mean to you now? Is it different than the representation it once had in the past?

It’s true, the moon appears as a symbol less in my songs these days. For a while there I was kind of obsessed with looking at the moon as a reminder of mystery and vastness. I am still interested in these things. I just am looking elsewhere for the reminders.

You recently released “Dawn,” a collection of recordings and journal entries compiled during your brief time of solitude in Norway. Reading these journal entries, I couldn’t help but to think that you were writing to an audience (whether consciously or subconsciously) instead of to yourself. Did you have an intention to publish this work since the beginning? And why did you end up publishing the journals? Was it to show people that you are of value or need to prove to others (or even yourself) that you were worth something?

I know it’s a really weird thing to do, to publish one’s own journals. That’s why I didn’t publish it myself. I was asked by a “real” publisher, Buenaventura Press, to release the book. This is slightly less weird. It’s true I was subconsciously writing to an audience. I don’t think I was trying to prove anything really. I let the writing sit on the shelf for five years, and then re-reading it, I decided there was something of value in there that was worth sharing. I can’t say what that thing is, but what is the value of any book? An interesting story? Surprising revelations? Humor? Personal transformation? Putting out records of songs is not too different than putting out books of words. Both are personal expression. Songs are just more refined. I wanted to publish the journals to make the raw materials available.

Do you see yourself having a responsibility as an artist?

I guess so. Maybe? It can be disorienting to acknowledge the fact that I am always receiving attention, and to wonder what to do with it. Sometimes this feels like a responsibility. Like, a responsibility to use the “attention” I have well, to not squander it.