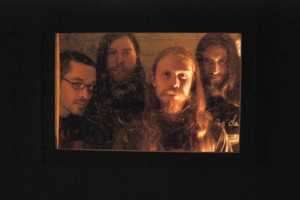 It’s looking more and more like Chicago’s metal scene is something to be reckoned with, and Raise the Red Lantern is doing its part. “It seems like over the last few years the metal scene has really come alive within the city,” agrees guitarist Dylan Patterson. Raise the Red Lantern, which has been together for more than five years, is finally solidifying its niche. “I think after we got the right lineup together, we were able to conform to more of a sound that is our band, and not take so much direction from what other bands were doing.”

The band released its newest self-titled full-length last month on Maryland’s At a Loss records. For the recording, they entered Chicago’s Volume Recording Studios, based in Wicker Park. “We were all really pleased with the album, musically and aesthetically,” says Patterson. “As far as the process is concerned, it’s all about taking time to create a piece of music, and not just a song. Everything else past that should all just fall into place.”

Raise the Red Lantern’s sound is fluid and driving, unlike the traditional definition of metal. The guitar tone is crafted to showcase crisp audible harmonics, helped by the fact that the band makes its own custom guitar cabinets. Three of the members work with Emperor Cabs, the business Patterson owns in Humboldt Park (emperorcabs.com). They have made amps not only for themselves but many other acts, such as local metal giants Pelican. “It has helped us out by opening the door to a lot of bands I probably would have never listened to, or played with,” Patterson explains.

Patterson and crew created a theme for the record not only in song content but in the artwork as well.  As Patterson explains, “the songs on this album generally are about being guided through the afterlife. It’s just a fictional journey that [we] thought up during the writing process. I like thinking about things that are beyond our knowing and coming up with different portrayals of, in this case, the afterlife, through the music and the lyrics. It’s an epic journey through the great mysteries of man.”

As Raise the Red Lantern moves forward with touring nationally, they don’t forget where they came from. “We still play house shows and still hook up out-of-town bands.” It seems that ethic, coupled with the amplifier-building business has helped them gained steam this far. What would all this work be without time to unwind? “[My] favorite place to have a beer locally,” says Patterson, is “Timber Lanes Bowling Alley.” (John Wawrzaszek)