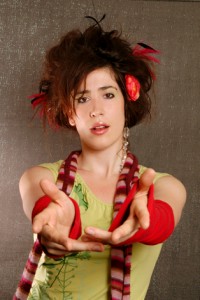 English singer-songwriter Imogen Heap rose to fame when “Let Go,” a song from her collaboration with Guy Sigsworth as Frou Frou, was included in Zach Braff’s 2004 drama, “Garden State.” The following year, the ethereal-voiced electro-popper found even greater success with her sophomore solo album, “Speak for Yourself.” After appearing on “The O.C.”—in that scene where Marissa shoots Ryan’s brother Trey and even though it’s to save Ryan’s life and Trey doesn’t die, it totally fucks up their relationship, then when they finally begin to reconnect, Marissa dies in a car accident and Ryan is so distraught he becomes a cage fighter—the track “Hide and Seek” made it to the top of the iTunes downloads chart. Heap released her third album, “Ellipse,” in August and is amid her first North American tour in three years. Sure, she’ll be back next year for another tour and likely be at the major festivals, but wouldn’t it be nice to catch her in a more intimate venue now? (Kelley Hecker)