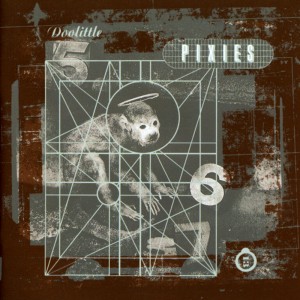 The original title for the Pixies classic 1989 record “Doolittle” was “Whore,” discarded during the recording sessions because Black Francis wanted to avoid any sort of specific anti-religious imagery or interpretation of the material. Compelling to consider how different the perception of the album would’ve been to this day if Francis had kept the initial name rather than changing it to a reference to a throwaway lyric from one of its songs. “Doolittle” has often been cited as one of the more influential rock albums ever made, and rightly so—the record, stuffed with an assortment of genres ranging from punk, to art-rock, to college alt-rock, inspired the commercial grunge movement and later, in the 2000s, gave the post-punk kids something to name-check alongside Joy Division and Wire. The band broke up in 1992 only to resurface again in 2005 with a string of shows that included five straight at the Aragon, plus an appearance at Lollapalooza. No new material yet, but the reformed four-piece has set out in honor of “Doolittle”‘s twentieth anniversary, playing the record in entirety, plus some b-sides and a handful of songs from other albums. Personally, “Doolittle” remains a top-ten record for me, hanging with “Loveless,” “Small Change” and “The Bends,” so at least one of these shows is a must-attend. (Tom Lynch)