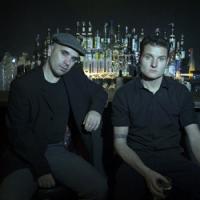 Industrial electronic act Nitzer Ebb takes the stage at the Double Door, headlining a raucous showcase sure to keep your feet moving and your fists in the air. Having gone through several roster changes since the group’s inception in the early 1980s, the current Nitzer Ebb lineup finds itself in the middle of a grueling, month-long, twenty-four-city North American tour. The Mute/NovaMute artists have recorded some new material in 2009, which we will hopefully get to hear this night, along with some Nitzer Ebb classics. “Joining the chant” as Nitzer Ebb’s opener is Chicago’s own Kill Memory Crash. The Ghostly band’s blend of rock, electro, techno and industrial sounds should add plenty of fuel to the party fire. Also featured is local rock-tronica group, The Glide, and a live set from Polyfuse (aka Justin McGrath). Last, and certainly not least, you’ll be treated to a DJ set of IDM, ghetto tech, glitch and breakcore from DJ Tacopunch. (Elly Rifkin)