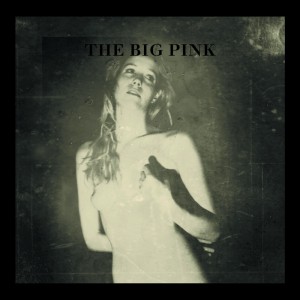 London’s shoegaze electronic-duo The Big Pink generated buzz long before the release of debut full-length “A Brief History of Love,” an ambitious title for a record by a band that’s accomplished so little so far. Pitchfork named single “Velvet” one of its top 500 songs of the decade—a fine choice, certainly, as it’s the most memorable track from the record. “A Brief History of Love,” released by 4AD, is a strong effort, a confident debut, with progressive beat-making, hazy guitars, hushed vocals and overflowing with Brit hipster-chic. Compared to other shoegazer revivalists, The Big Pink are only so-so, as they’ve to this point been inconsistent with their output. For every warmly constructed gem like “Velvet” there’s a cold-stone companion that’s electro, boring, Klaxons-lite. Unfair for me to ask for a homerun at every plate appearance, but the least they could do is swing the bat. (I prefer School of Seven Bells’ “Alpinisms” as the shoegaze record of the last year or so.) That said, “A Brief History of Love”‘s artwork is one of the more beautiful album covers I’ve ever seen. (Tom Lynch)