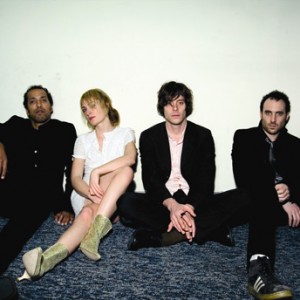 Canadian quartet Metric has been playing its synthy indie-rock for more than a decade and decided to take a risk with its latest release, April’s a-little-too-slick “Fantasies.” Instead of sticking with longtime label Last Gang, the band decided to self-release the album, a gamble that quickly paid off: “Fantasies” went gold months after its release, becoming Metric’s most successful album yet and leading to sold-out tours of larger venues in the U.S. and arenas in Canada. The band is currently on a victory lap across North America playing mostly radio shows, a mixture of full band or acoustic sets, where only vocalist/keyboardist Emily Haines and guitarist Jimmy Shaw perform. There’s little info available about the Q101 afterparty, so I’m not sure what Chicago will be getting, but either way, it’s sure to be a good show. Haines is a hell of a performer with the full band, always able to work the crowd into a frenzy, but the songs are more powerful when hearing her airy voice accompanied by only piano and guitar. Just listen to Haines solo work with the Soft Skeleton for proof of this. Metric’s movin’ on up to larger venues and I wouldn’t be surprised if next year they’re headlining a Twisted show, so don’t miss them this time around. (Kelley Hecker)