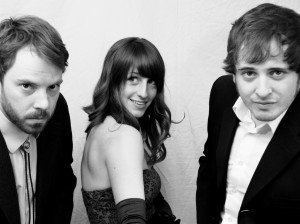 Champaign indie-pop dream Headlights broke through with 2008’s “Some Racing, Some Stopping,” a light-as-air major-chord jaunt that served as proof that the musical genre wasn’t quite as dead as we thought. The alternating boy-girl vocals, scattered acoustic guitars and charming, giddy accompaniment made for a sugary experience. The band’s new record, “Wild Life,” again on Polyvinyl, works much in the same way, though the band experiments a bit more with vocal effects and adventurous, at least for them, lead guitars. Don’t mistake “Wild Life” as more of a traditional rock record, however—Headlights’ equal admiration of heavenly sixties pop and anything else on the Polyvinyl label keeps the band on the straight and narrow. “Cherry Tulips” and “Market Girl,” two memorable songs from “Some Racing, Some Stopping,” may still be the best output from the band thus far, but there’s nothing on “Wild Life” even remotely disagreeable. (Tom Lynch)