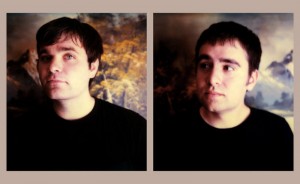 My ten favorite shows from the last ten years. I’m almost certain I’m forgetting a few here and there, but these are the unbelievable nights that came to mind first. In descending order, for those of you who love anticipation!

I’m still one of the only people I know who saw Ben Gibbard and Jimmy Tamborello actually perform live. (On this night, with Rilo Kiley’s Jenny Lewis performing the girl vox!) However you feel about DCFC, it’s hard not to be quickly won over by “Give Up.” Cex opened, and that was pretty terrible.

The band’s first reunion tour, the second night of a five-evening stint at Aragon. Blown away by “Debaser,” “Bone Machine,” “Wave of Mutilation,” “Tame,” “Gigantic.” I remember thinking that this is how I want to feel forever.

Part of the first batch of shows Weezer performed after reuniting. Debuted new songs that never made it on a record. (“Mad Cow,” “Too Late to Try.”) Long before “The Green Album.” As soon as the band came on stage and launched into “My Name Is Jonas,” the Metro floor erupted into a relentless mosh-pit frenzy. Unforgettable.

Cheating a bit, as these are actually three shows, played over the course of two nights. Doug Martsch and crew covered much of the BTS catalogue, plus covered Cheap Trick, George Harrison and even fucking “Free Bird.”

Spent countless evenings at Fireside over the years, but Nerf Herder’s epic nerd rock gave me one of my favorite nights of music I’ve had in my life. When Parry Gripp lowered the mic for me to sing on “Golfshirt,” my voice cracked as I tried to scream. Still embarrassed.

The anticipation, the excitement, the fear, the noise. Eighty minutes of freight-train bliss. Couldn’t help but grin like an idiot the whole time. Still grinning.

A sentimental choice. Attended with my dad. “Tom Traubert’s Blues” and “Time.” Cried like a baby.