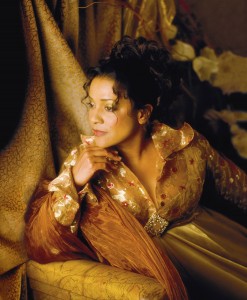 Soprano Kathleen Battle has had a long connection to Chicago, going back to when she first began singing here as a virtual unknown at Ravinia in the early 1970s.  Some of her earliest recordings were made here with James Levine and the Chicago Symphony Orchestra, and her last opera performance in the area was a Ravinia concert performance of Donizetti’s “L’elisir d’amore” with Luciano Pavarotti.  Her Lyric Opera appearances have been few and far between, as Battle’s voice has never been a large one, but always a beautiful one.  And while her diva displays of temperament are legendary—even leading to a firing and notorious ban from the Metropolitan Opera where even her old friend Levine could do little to help her—audiences never see that side of her. What will Battle sound like at this stage of her career?  That is anyone’s guess, but she is returning to familiar territory in this ultra-rare area appearance with the Chicago Children’s Choir: holiday fare and spirituals.  Traversing such crowd-pleasing repertoire that poses so little challenge to her technique and surrounded by multicultural singing children during the holiday season, here’s betting that Battle will not only look and sound like a dream, but will be on her very best behavior.  (Dennis Polkow)