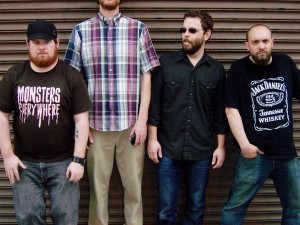 The best part of the weeks surrounding Christmas, considering live music in Chicago anyway, is that there’s only limited touring acts coming through town and more bills than usual are stacked with strictly local acts. This week features several of those Chicago-centric evenings at different venues across the city. Though there are quite a bit of notable shows, my pick for the week’s best has local goofball-punk band Lasers and Fast and Shit as headliners, with support from Old Fake, Call Me Lightning, Driftless Pony Club. Lasers don’t have a record to speak of—they don’t believe in CDs, they boast on their MySpace—but the band’s thrilling live shows, featuring handmade lighting equipment and near psychotic energy, are really all one needs. (Endlessly enjoyable songs about lemon bars and arctic wolves help as well.) This is grimy fun. Rock ‘n’ roll trio Old Fake entertains as well with its distorted haze and undying pop sensibility. This night’s a night for rock music. (Tom Lynch)