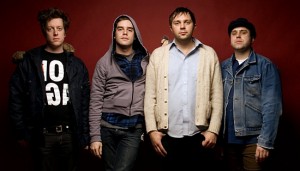 Local party-hard punksters Mannequin Men have written some seriously affecting gems and plopped them in the middle of their last two snarky, drunken records—like “22nd Century” from “Fresh Rot” and “Kinda Babes” from this year’s “Lose Your Illusion, Too”—but the Replacements-influenced punk remains the band’s foremost sound, which is certainly not a problem. A major fan of “Fresh Rot,” I was concerned with the follow-up the band would lose some luster, so I was pleased that “Lose Your Illusion, Too” is just as in-your-face, as Kevin Richard’s snarky non-voice bleeds over the gangly tunes with pure rock ‘n’ roll overconfidence. I love it, and yes, I want a massage. (Tom Lynch)