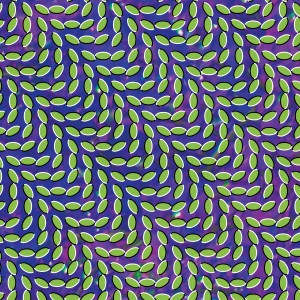 At the end of each year, media outlets the world over assess the top achievements of the last twelve months, each critic or collective taking a stab at selecting the “best” or “top” records, tracks, live shows and music videos (still!) that have made the grade. Newcity’s no exception, and while I look over the list of releases of 2009 and consider the enormous amount of live shows I’ve attended in the last year, I can’t help but think: so that’s it?

Curiously, most best-of-the-decade lists that are popping up online don’t include many, if any, 2009 releases. Of course, this could be because the albums released this year haven’t had enough time to settle in critics’ hearts and minds, but it’s also possible, maybe even likely, that there isn’t much from this year that’s especially notable. Instead, it’s been a year of non-releases, as many of the top acts in the world were absent in new recorded form, and those established artists that did offer new material came up short. There have been debut records from bands that have been rewarding and show immense promise, but if any of these artists are lucky, their best work lies ahead of them.

Call me a grump, and I’ll nod and shrug, as it wouldn’t be the first time. But there were exactly zero records that were produced this year that I couldn’t stop obsessing over, let alone any that I could look back upon, years in the future, and grin in bittersweet nostalgic recognition as a piece of history, personal or otherwise, that represents this moment in life.

In the seemingly vast minority, I’ve taken remarkable flack for disagreeing wholeheartedly with Animal Collective, and while I can acknowledge that “Merriweather Post Pavilion” is indeed the group’s most listenable excursion, I still believe it’s hardly worth listening to at all. The band’s melding of synth puppetry, choral voice delivery and often random, drum-circle percussion, funneled through a Beach Boys-infatuated mechanical tube, sounds intriguing on paper but plays with goofball self-serious absurdity, a communal jerk-off that’s emotionally bare and, much worse, joyless. Live, Animal Collective’s a senseless mess of electronics and unpredictable diversions. Defenders—worshippers, really—contend the band possesses an ability to evoke substantial physical and emotional response through its yelps and poundings and scattered stretched-out ambience, but music lovers can sometimes be gullible. Whenever I hear Animal Collective I feel like I’m being fucked with.

Grizzly Bear’s pretty and all, and one can appreciate a band’s devotion to minimalism when it seems much of the world is only getting bigger, but the band’s boring. Dirty Projectors’ “Bitte Orca,” an album I quite like (phew), challenges the listener with its inaccessibility, but still manages to draw its audience back for more consumption. No doubt a tremendous feat for such a difficult record, but it can grow exhausting over time. Yet, of the three, “Bitte Orca” is the most sublime.

At a local level, there is surprisingly little to speak of, other than Kid Sister. Hip-hop had a down year across the board, and little was released from hotbed Chicago, with the exception of the finally-delivered “Ultraviolet.” A wonderful dance-club record full of thrills, it’s probably the best Chicago record of 2009. Wilco and Andrew Bird, arguably the two most relevant rock names from Chicago today, each released agreeable, enjoyable and utterly underwhelming albums. Wilco hasn’t been interesting since “A Ghost is Born,” preferring the middle of the Midwestern road, and Bird’s “Noble Beast,” while featuring some choice moments, lacked the colossal punch of his masterpiece “Armchair Apocrypha.” He told me once that he doesn’t want to play his violin just to be pretty, but sometimes I wish he would.

It would be unfair to let some solid local records go unmentioned, however: Mannequin Men’s “Lose Your Illusion, Too,” Pelican’s “What We All Come to Need,” Califone’s “All My Friends Are Funeral Singers” and Scotland Yard Gospel Choir’s “…And The Horse You Rode in On” were all successes. That’s not counting ex-Chicagoan Neko Case as a current Chicago artist—her “Middle Cyclone” is the best record of her career, “This Tornado Loves You” completely gorgeous.

What does stand out for me? Some of the more overlooked records, like Loney Dear’s “Dear John,” A.C. Newman’s “Get Guilty,” The Thermals’ “Now We Can See” and Built to Spill’s “There Is No Enemy,” plus some of the more-lauded releases like The Antlers’ “Hospice,” Future of the Left’s “Travels With Myself and Another,” St. Vincent’s “Actor,” Japandroids’ “Post-Nothing,” Girls’ “Album,” The Pains of Being Pure at Heart’s self-titled debut, the Fever Ray record and Yo La Tengo’s “Popular Songs.” Hell, I even had a thing for Pearl Jam’s “Backspacer.”

Looking ahead, with new releases from Frightened Rabbit, Midlake and Vampire Weekend coming in the first couple months of 2010, I’m confident next year will be better. That’s something, right?