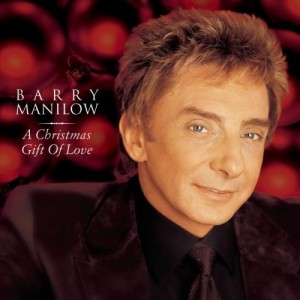 I begin with a confession. The first record I ever bought was “Barry” by Barry Manilow, and I bought it for the song “I Made It Through the Rain.” I was a sensitive 13-year-old, and seventh grade was hell. I am not proud of it, but we all bear scars.

So when a woman asked me to go with her to one of Manilow’s Christmas shows, I admit to being both curious and partial. Apparently, the man still exudes a considerable amount of sex appeal for a certain demographic, much to both the horror and delight of husbands married to this demographic. And because many men will do anything for love and most men will do quite a bit more for sex (or at least work like hell to avoid its withholding), I decided to go. Only a fool passes up an opportunity to get lucky, even if the aphrodisiac is a 63-year-old man humping his piano.

The show was held at the Rosemont Theater, a venue that reminds me of my great aunt who lived in West Palm Beach: it’s bloated and ostentatious. The chandelier alone is the size of my apartment. While a “mentalist” opened the show (no doubt to hypnotize the audience into thinking it was 1978), my date and I had a drink in the lobby. Women outnumbered men by a thirteen-to-one ratio. Many were dressed in fur and denim, a look I have mixed feelings about, and others clearly were on a nursing-home field trip.

When we took our seats an usher handed us a glow stick. “It’s for some kind of participation thing,” she said. The curtain rose with a loud orchestral swell and a spindly, bow-legged Barry Manilow came on stage to sing “Happy Holidays.” Dressed in black slacks, black shirt and red blazer, he chatted amiably about the cold and how much he liked Chicago. “It’s almost like home,” he said before breaking into “Home for the Holidays.” Smooth. He even provided a dose of holiday irony by joking, “Consider me your Jewish Santa Claus.” Everyone applauded.

Thusly warmed we skated through a Manilow hit list peppered with Christmas tunes. After “Mandy” we got “Santa Claus is Coming to Town.” After “Even Now” we got “Rudolph the Red Nosed Reindeer.” This constant veering from songs of love and heartache to songs of Christmas joy created within me a great deal of ambiguity. Should I seduce my date or stuff her stocking?

The large woman seated next to me looked bored through much of the show. During “Even Now,” either through clumsiness or excitement, I dropped my glow stick under her seat. But even she sang along with “Can’t Smile Without You.” Blue lights bobbing, the song climaxed with the kind of key modulation that climaxes every Barry Manilow song, and a man shouted, “I love you, Barry!”

The encore swung us from the Copacabana to the North Pole. Santa Claus arrived in a golf cart and sat on stage by a Christmas tree with a few children gathered around. Manilow broke into “Jingle Bell Rock,” a Christmas song I hate only slightly less than “Rockin’ Around the Christmas Tree,” and when he followed that up with “White Christmas,” fake snow fell glittering from the rafters. I gave my date a look. “If you weren’t so cynical,” she said, “you would think it was magical.”

“That’s it?” she replied, not the least bit interested. “It’s only quarter to ten!”

“Perhaps he’s got better things to do,” I said.

As we waited for Manilow to not come back on stage, I asked her to clarify his appeal.

“He’s sexually neutral,” she told me. “He sings virginal love songs. You’d never have sex to them. Not like Bread or Journey.”

As we made our way out of the theater, I noted to myself two things: 1) I didn’t have any Bread or Journey in my car or in my apartment; 2) Manilow did not perform “I Made It Through the Rain,” the one damn song of his I actually liked. My date stopped by the ladies’ room. When she came out, she told me that two of the five women in the bathroom were using walkers. I hope they got luckier than I did.