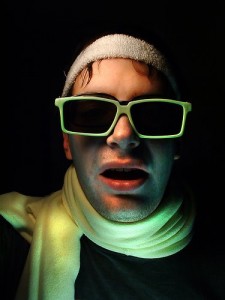 Mash-up master Gregg Gillis’ live performances consist of him hunched over a laptop, yet Girl Talk shows have become legendary for one simple reason: the man knows how to throw a killer dance party. His third LP, 2006’s “Night Ripper,” brought Gillis national attention, earning him rave reviews from blogs and music magazines alike as he continued to work a day job as an engineer in Pittsburgh. He quit that in 2007 to focus on music, a move that allowed him to tour more and build his reputation as a must-see performer. Last year Gillis’ highly anticipated follow-up to “Night Ripper,” “Feed the Animals,” was released and met with equal acclaim. Girl Talk shows are all about getting drunk and dancing your ass off with friends and strangers. Dozens of people swarm the stage while others wildly flail their limbs about on the sweat-drenched dance floor. This is without a doubt the wildest dance party taking place in the city this NYE and not to be missed. (Kelley Hecker)