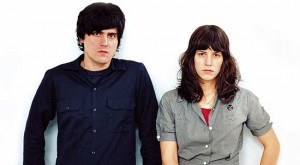 Matthew Friedberger, half of the Brooklyn-via-Oak Park indie-rock duo The Fiery Furnaces, is taking a break from starting idiotic feuds with Radiohead and Beck to help ring in the New Year at the city’s newest venue. After releasing its debut album, “Gallowsbird’s Bark,” in 2003, Matthew and his sister Eleanor have continued to release one or two albums a year since, each of them vastly different yet quirky in that often hard-to-digest Fiery Furnaces way. 2004’s “Blueberry Boat” was too scattered for me and I found it nearly impossible to sit through. 2005’s “EP,” on the other hand, I loved: short, focused pop songs that went down easily. Of course, they followed that up later that year with “Rehearsing My Choir,” an album that featured their grandmother Olga Sarantos telling stories about her life. I’m sure it was meaningful for the Friedbergers to make, especially now that Sarantos has passed, but it was completely unlistenable for others. In the past, the pair would rearrange songs and turn their sets into one long jam session, but lately they’ve been playing a more straightforward rock show where fans can actually differentiate between songs. Still, this band’s wordy, schizophrenic style can be hard for some people to take in large doses, me included. If you’re a big fan, this show will most likely leave you satisfied. If not, skip it. (Kelley Hecker)