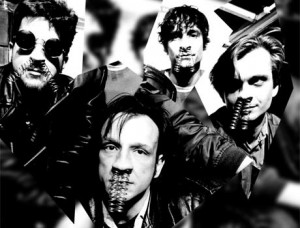 that The Jesus Lizard’s psychotic frontman David Yow has lost a step over the years, consider this: during the first night of the band’s two-evening stint at Metro over Thanksgiving weekend, Yow’s in-the-crowd antics cost him a fall to the ground, a ride in an ambulance and a visit to the hospital. Trooper that he is, the band played the next night with equal amounts of piss and vinegar. Of all the classic rock bands of the eighties and nineties reuniting these days—Pixies, My Bloody Valentine and now Pavement (yay!)—The Jesus Lizard foursome is surely the most violent, unrelenting and power-housing. On New Years Eve, with all this stupid, fuck-all night entails, expect blood. And a little bit of stage-diving. Disappears opens. (Tom Lynch)