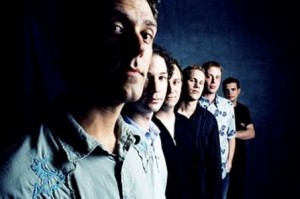 People have traditions, and certainly this local band has theirs, once again heading home for their annual year-end hometown jam during a three-day Chicago residence at The Vic Theatre and The Aragon Ballroom. Though Umphrey’s McGee have much in common with other groups within the jam-band community (ever-changing set lists, open-taping policies), the music they make clearly comes from a somewhat different place—instead of simply being Dead or Phish copycats, they seem to borrow from more progressive sounds, 1960s rock and jazz. An example of this is the inclusion of Vince Guaraldi’s iconic “Linus and Lucy” among the handful of covers included on their sets. Well over a decade into their careers the band has evolved into an accomplished group with incredible musical chops. They never stopped including covers on their setlist—favorites include guitar-heavy version of The Beatles’ “I Am The Walrus” and The Who’s “Baba O’ Riley” with recognizable elements from the original recordings while also showcasing the band’s improvisational skills, which in their case comes in spades. (Ernest Barteldes)