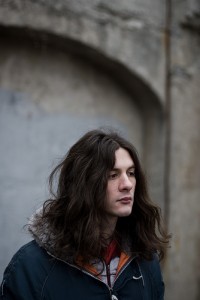 Philadelphia artist Kurt Vile, playing tonight with his backing band the Violators, began to draw attention with 2007’s “Constant Hitmaker,” a neat blend of folk rock, psychedelics and tempered experimentation, with a wonderful pop sensibility that worked on multiple levels. It caught the ear of Matador Records, who promptly snapped him up, releasing his follow-up disc “Childish Prodigy” early this year. A darker affair but no less potent, Vile bathes himself in reverb for his speak-sing delivery, and reaches pure beauty on tracks like “Overnite Religion.” Vile brings to mind some classic man’s-man poets—Springsteen, Petty, even Bob Seger—while still feeling undeniably modern. Not a small achievement, considering how dull his sound could’ve been. For these two shows Vile opens for The Black Keys, but expect him to be headlining his own bills soon. (Tom Lynch)