by Dennis Polkow
January 5, 2010Filed under: 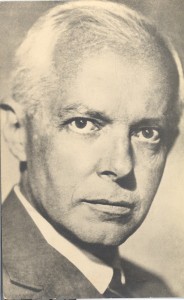 As odd a paradox as it may be, Pierre Boulez, that musical maverick and innovative anarchist forever associated with everything that is young, brash and new, will turn 85 on March 26.  That event is being celebrated worldwide all year long but nowhere as intensely in Chicago, where Boulez remains Conductor Emeritus of the Chicago Symphony Orchestra and where he served as Principal Guest Conductor for more than a decade.

Music of Bartók was spotlighted at Boulez’ first-ever appearances with the CSO, back in 1969, the occasion of another historic debut, Daniel Barenboim as piano soloist for two Bartók piano concertos. Bartók once again takes center stage as the centerpiece of the first in a month of special CSO concerts in Chicago and Carnegie Hall called “Boulez@85” where the Hungarian composer’s only opera, “Bluebeard’s Castle,” will be presented in concert form.

Boulez considers the one-act opera one of the most important ever written, but even he has been unable to perform in it a staged version, despite his best efforts. “There is perhaps no staging to compete with the music,” he concedes. “Anything that you do to ‘show’ the content behind each of the seven doors of the castle somehow seems trivial or distracting compared with the music itself.”

And what music: sumptuous when it needs to be, brooding and terrifying as well, it is ultimately a contemporary updating of the familiar story that takes into account the bloody details we all know, but gives them an existential twist that makes it as much a cautionary Pandora’s Box love story and a ghost tale as it does the would-be tale of a serial wife killer.

Boulez first performed the work here back in 1993 and the resulting recording won a Grammy Award for “Best Opera Performance.” No orchestra is better suited for the unique and subtle sonorities of the piece than the CSO, which counts two Hungarian colleagues of Bartók among its past music directors: Fritz Reiner and Sir Georg Solti. The two-person cast for these special performances extravagantly includes American mezzo-soprano Michelle DeYoung and German bass-baritone Falk Struckmann. Also on the program will be Ravel’s “Le tombeau de Couperin” and the Chicago premiere of young French composer Marc-André Dalbavie’s 2006 Flute Concerto with CSO principal flutist Mathieu Dufour as soloist.  (Dennis Polkow)