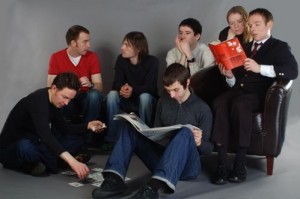 Chicago Suicide Club will host its second Belle and Sebastian Night at Ukrainian Village’s Darkroom on January 19, following a successful launching of the event. “I know lots of people love this band,” says Heaven Malone, the night’s primary organizer, and one of the evening’s performers. “They have a huge following. The idea to do a Belle and Sebastian night came from seeing how so many people responded to their music.” More than fifty posters were created by DJs, musicians and residents of Wicker Park for the original event, and the event’s Web site (belleandsebastiannight.com) now allows users to create their own album art. The night will feature DJ sets and a live acoustic performance by Malone, a live silk screening by Mikul Wing of Members Only AV, and a vintage-style mod photobooth presented by Glitter Guts. “To me, Belle and Sebastian are the epitome of indie rock. They were the indie-rock band. And Chicago’s music scene is very indie.” (David Stockdale)